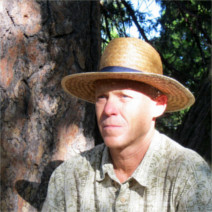 James is the founder of the New Energy Declaration project. He got involved in Breakthrough Energy topics after meeting Dr. Brian O’Leary in Costa Rica in 2004, where James was working at the UN’s University for Peace. Upon returning to the US after losing his UPeace job – for leading this project which ejected a CIA sponsored program from the university – James served as a public spokesperson for the non-profit New Energy Movement project founded by Dr. O’Leary.

In 2006, James developed what became the largest collection of online resources anywhere documenting the suppression of revolutionary clean breakthrough energy technologies involving unlawful applications of US national security law (ie: Section 181, Title 35 of the 1951 US Invention Secrecy Act). While those topics have become ever more broadly discussed in the period from 2004 until today, when James undertook these online public initiatives the topics were little known even within breakthrough energy circles. James has long been passionate advocate for distributing suppressed best-of-breed revolutionary E&T (energy and transportation) technologies within a global GESARA genre framework to also include “New Earth” and “New Health” planks.

James is an entrepreneur, activist, software developer, educator and world traveler who also holds a degree in International Affairs from the University of California’s School of Global Policy and Strategy. 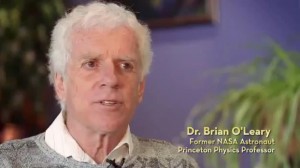 Dr. Brian O’Leary, who passed on in 2011, is widely recognized as the original founder of an increasingly active and successful international “breakthrough energy” public education and activism project. The inaugural Breakthrough Energy Movement conference, held in Amsterdam in 2012, was dedicated to Brian’s memory. Brian was an extraordinary scientist, humanitarian – and friend to others featured on this page – who understood the pivotal importance of bringing clean, safe, suppressed revolutionary energy and transportation technologies into open large-scale distribution.

Dr. O’Leary was a former NASA astronaut, astro-physicist and tenure-track professor of physics at both Cornell and Princeton universities. Click the video at the top of the right column of this page to watch Brian’s cameo in the initial Thrive documentary, and check out the recently released Thrive 2 documentary.

From the Wikipedia page for Brian;

A remote viewing experience in 1979 and a near-death experience in 1982 initiated Brian’s’s departure from orthodox science. After leaving Princeton, O’Leary worked in the space industry at Science Applications International Corporation but refused to work on military applications. O’Leary increasingly explored unorthodox ideas involving the relationship between consciousness and science, and became known for writings on “the frontiers of science, energy and culture”. He lectured extensively on science and consciousness at the Findhorn Foundation, Esalen Institute and Unity Churches. In the mid-90s, he began writing about innovative energy technologies…and how these could transform the planet. In 2003, Dr. O’Leary co-founded the New Energy Movement non-profit project. Shortly after professional colleague Eugene Mallove was murdered in 2004, he and his wife relocated to Ecuador, where they founded Montesueños Eco-Retreat. Brian continued to travel and lecture on New Energy and planetary healing topics until his passing. 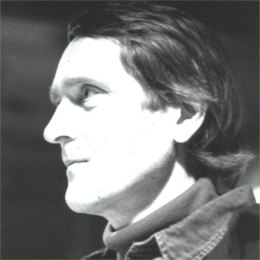 Dr. Hansen is a retired educator and technology expert who lives with his wife in Charlottesville, Virginia near the University of Virginia. As many know, Charlottesville was the home of Thomas Jefferson and UVA was founded by him. Tom’s interests and spirit are very much aligned with the legacy of Thomas Jefferson, revolving around realigning the US federal government with “founding principles” while devolving greater power to local communities.

Dr. Hansen greatly objects to the current levels of USG excessive secrecy and corruption, involving a range of topics of great public importance, including ones related to suppressed revolutionary energy technologies, ET topics and false flag events and often gives related public and private presentations. Tom believes that an open and accountable government “Of, by and for the people” is at odds with the “Secret Government” we have today.

One of Tom’s novel approaches toward educating the public about these topics is via music he composes and performs in the Charlottesville area.  The following three tracks were written and sung by him, the first two are from his UFO Oil collection.

Constitution Blowin’ in the Wind

America, Give Us Your Dream 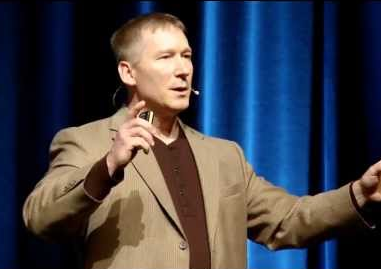 Joel has made great contributions toward increased public awareness of the pivotal importance of breakthrough energy topics. He was involved in helping establish the New Energy Movement, a non-profit initiative founded by Dr. Brian O’Leary and Alden Bryant. Joel served as President of NEM for about a decade, starting in 2005. Along with Jeane Manning, Joel is co-author of Breakthrough Power, which outlines the global importance of little-known breakthrough Energy and Transportation technology options.

Joel has given presentations at several Breakthrough Energy Movement conferences, including one at the inaugural BEM conference held in Amsterdam in 2012 and their 2014 Boulder conference. Joel has given several interviews on Coast to Coast radio, hosted by George Noory, which has 3 million weekly listeners and has also spoken at the world’s largest annual conference on ET topics,  Contact in the Desert. He recently was Emcee of the annual Architects of the New Paradigm conference. 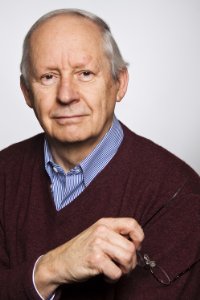 Paul Von Ward is a former US State Department and former US Navy officer who holds a masters degree in Public Affairs from the Kennedy School of Government at Harvard. Paul is an extremely active independent scholar and researcher, philosopher and renaissance man. From his website –

An interdisciplinary cosmologist and independent scholar, Paul is internationally known for his hypotheses regarding AB (advanced beings) intervention in human development during ancient times, his theory of natural spirituality in a self-learning universe and research on survival of a “personal soul-genome” via reincarnation).

Paul’s books on such topics include Children of a Living Universe, We’ve Never Been Alone and The Soul Genome. Paul’s academic background, his military, diplomatic and international executive career, and his research on five continents keep his provocative publications grounded in emerging science and human experience. Paul assumes that our universe is multidimensional and part of a living multiverse. “With an evolutionary imperative to self-actualize, its inherent processes require struggle, experimentation and adaptation.” 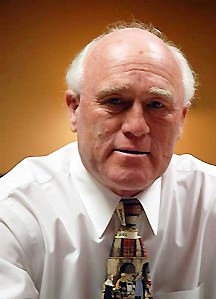 There’s a saying about pioneers…you can identify them by the arrows in their back. David Yurth has been an extraordinary pioneer, inventor, scientist and entrepreneur in the revolutionary energy field for decades. He has been both attacked and praised for his theoretical work involving torsion fields, a field historically led by Russian scientists. David is co-author of “The Y-Bias and Angularity Model of Fine-Scale Physical Interactions.” David is also a humanitarian, convinced that the wide distribution of breakthrough energy technologies will dramatically improve life on Earth. As such, though now in his 7th decade, he remains extremely active in trying to get out several exceptional BE technologies.

One such involves the Nova Neal Engine, a miraculous technology originally developed in the 1930s. This technology, if ever developed and allowed to come to market, could provide off-grid power for individual and community residential power schemes, not requiring any fuel or operating cost. David was interviewed about the Nova Neal technology in 2013. He was also interviewed in 2012 by internet media personality Lisa Harrison, speaking about his views regarding social institutions and disruptive technology. 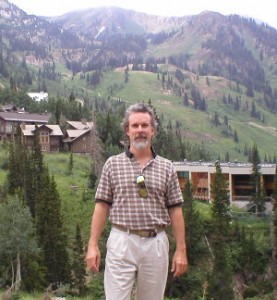 Ken Rauen has contributed many important insights to the global breakthrough energy community and remains active as an inventor and change agent. Ken’s volunteer contributions have involved the Pure Energy Systems News reporting service and New Energy Systems Trust initiatives. Ken is also on the New Energy Movement Board of Advisors.

An article co-written by Ken, “The Ultraviolet Catastrophes of Quantum Mechanics,” was published in the August, 2014 issue of Infinite Energy magazine. We’re proud to have Ken onboard the New Energy Declaration campaign. 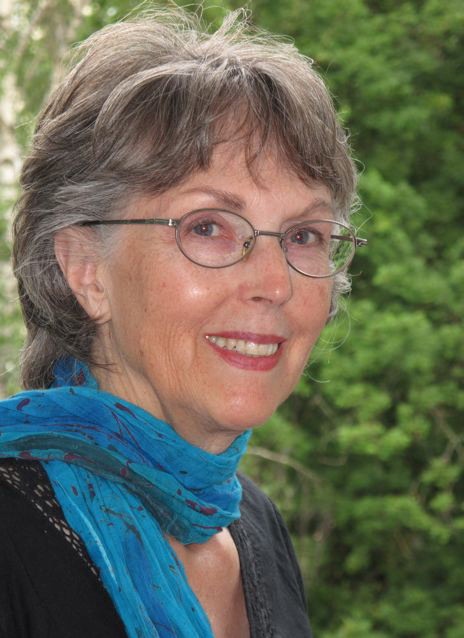 Jeane has long been an influential author and networker in the Breakthrough Energy field.  She began to chronicle the New Energy scene in the 1980s, using vacation time to interview scientists in North America and Europe.  Jeane has been closely associated with the New Energy Movement since its inception and was a speaker at the inaugural Breakthrough Energy Movement conference in Amsterdam in 2012. The MC introducing her presentation noted that Jeane has been “One of the pioneer ladies in this field, and there are not many.”

With Joel Garbon, Jeane is co-author of Breakthrough Power, an award-winning book about humanity’s true energy sector options.  With Nick Begich, she is also co-author of their seminal book, Angels Don’t Play This HAARP, which alerted the global public to dangers related to secrecy-classified uses of HAARP array technology (based upon work by Nikola Tesla; capable of altering weather patterns and human moods).  People appreciate Jeane’s ability to convey the “Big Picture” of the New Energy landscape in a way normal people can related to.  She says her pioneering contributions have been driven by her desire to see a better world for her own children and grandchildren, and everyone else in the human family. 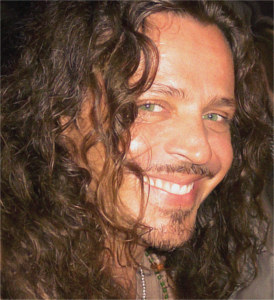 Sacha, widely recognized as one of our world’s foremost “activism and leadership powerhouses,” has twice chaired expert panel discussions for the Global Breakthrough Energy Movement conference series, a pivotal initiative that’s helped lead our world toward a much-needed “free energy revolution” after stepping down as Director of the UN’s Global Renewable Energy Initiative.

In 1999, Sacha established the Humanitad project to serve as an umbrella organization to advocate for the complete reinvention of our world’s media, educational, scientific, technology, governance, and international relations sectors. Primary Humanitad offshoots include the New Earth Nation projects, the New Earth University and the landmark International Tribunal for Natural Justice.

Sacha’s personal website is SachaStone.com, where you can find links to many enlightening conversations. Sacha has recently chaired the Reclaim Your Lives and Line in the Sand projects, exposing the global “Corona Crimes” agenda and its alternatives. 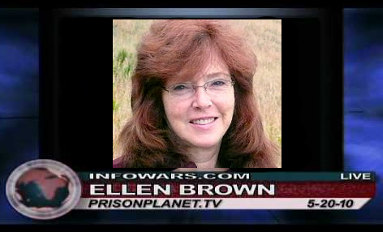 Ellen Brown is an attorney, prolific author, public educator and activist extraordinaire and founder of the Public Banking Institute. Ellen is the author of twelve books, including what’s widely recognized as the best book every written about the unlawful establishment of the US Fed and IRS, Web of Debt. Her recent book, The Public Bank Solution: From Austerity to Prosperity, explores successful public banking models throughout history and internationally, that can serve as models for highly needed reform of our world’s monetary exchange systems. We consider Ellen to be our world’s foremost thought leader on these vitally important topics.

Ellen also wrote Forbidden Medicine, about suppressed cancer cures, and is the author of ongoing research articles on topics related to financial reform.  Her many articles have been published by Global Research and many other popular online news outlets. It’s an honor to have Ellen on board as a New Energy Declaration founding signatory. 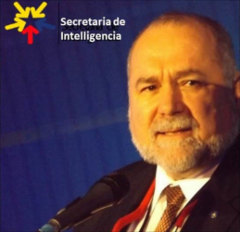 Robert David Steele is a former high-level CIA and Marine Corps officer who is a prolific author, blogger, political reform activist and pivotal thought leader of global importance. Robert has developed unique and powerful solutions for “A better world for all” and regularly posts hard-hitting updates and opinion pieces to his extremely popular PhiBetaIota.net website.

Robert often does online video interviews with leading activists and thought leaders from around the world. His work is so important and influential that Youtube recently deleted his channel! That’s been happening of late to some of the most important journalists and truth-tellers in our world. But, never fear, the party has simply moved over to his new Bitchute channel.

Robert is credited with starting a tlobal “Open Source Intelligence,” is author of The Open Source Everything Manifesto and has trained thousands of military and intelligence officers from around the world. He advocates US electoral reform, de-centralization of government, closing overseas US military bases and – as with all New Energy Declaration Founding Signatories – the implementation of NESARA and GESARA programs to establish “Life, liberty and the pursuit of happiness” for all on Earth.