I get to do a little victory dance and might add a dash of tequila to my orange juice this morning, because I can say I beat Alex to the punch with a post I made to this website on Sept. 16th, Smart Meters and George Orwell, making the same points.  The InfoWars.com article also centers around promoting the recently-released documentary on these topics, Take Back Your Power.

The sociopaths that’ve been running so many negative agendas from high levels in our world are finally being exposed, a bit at a time.  Their attempts to continue to paint all Truth-telling as “Conspiracy Theory” isn’t working so well any more.  At long last, “the masses” are finally beginning to wake up and smell the coffee.  It’s still too-little-too-late, but at least, moving in the right direction.

There’s Nothing Good about the so-called Smart Meters agenda, but Plenty Bad and Deceptive.  It’s yet another agenda all based on lies and sociopathic goals; same as with Chemtrails, same as the demonic Monsanto agenda, same as the Endless Wars via False Flags agenda, same as with “the Cancer industry,” same as the Fed-Banksters crime syndicate.  All part of the Dark Cabal Express to our Prison Planet Tomorrow, a show that only We the People can cancel – if, but only if, there are enough who are awakened and have integrity. 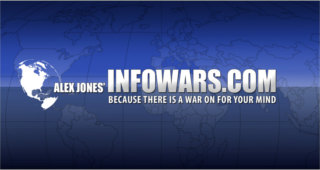 It’s past time for the Global Lymphatic System to kick in and clean out so much high-level  widespread criminality, really, and for our Global Immune System to finish off much of that still running.  Then and only then, we can get onto building the New-and-Improved.

I liked that this InfoWars.com article mentioned 5,000 patents that have been “secretized.”  The author is alluding to  revolutionary energy and transportation technologies the CIA, Pentagon, PTO and their Big Energy cabal travelling companions have been preventing We the People from even knowing about much less benefiting from.  However, InfoWars got the number wrong.  There are 5,000+ patents in the entire Section 181 portfolio, several hundred of which relate to locked down Energy and Transportation technologies that could be released.  These are topics I’ve been helping the public understand for a decade, via a now mothballed website (GVInstitute.org) and New-Energy-Declaration.net.

Here are excerpts from the InfoWars.com Sept. 30 “Smart Meters” article –

a) to save energy and thus aid the environment;
b) to increase power reliability; and
c) to give you more control of energy use in your own home.

It is now easily demonstrated that all three of these claims are patently false. ”Smart” meters and grids typically use more energy, they are extremely hackable (making the entire power grid vulnerable), and customers suffer increased utility bills virtually across the board immediately following a “smart” meter installation – a fact even acknowledged now by some utilities.

In the words of Dr. Timothy Schoechle, a leading digital technology engineer and author of Getting Smarter About The Smart Grid, “The smart meter is a canard—a story or a hoax based on specious and grandiose claims about energy benefits ostensibly derived from the promise of “two-way” communication with the customer…  There is essentially no possibility that most smart meters or meter networks will lead to greater sustainability.”

Tens of thousands of individuals are reporting officially, to governments and utilities, that they are experiencing illness or functional impairments following the installation of “smart” meters. Reported symptoms include headaches, sleep problems, ear ringing, focus difficulties, fatigue, heart palpitations, nausea and statistically abnormal recurrences of cancer. According to court-ordered documentation, and independent testing, utilities have been proven to be lying about how often “smart” meters transmit bursts of microwave radiation.  Depending on the utility their claim is typically something like “4-6 times per day” (Pepco), or “45-60 seconds per day” (PG&E) whereas courts and independent testing reveal that meters are transmitting in the range of 10,000 to 190,000 pulsed microwave transmissions per day.  The amount of transmitted microwave radiation has been measured up to 200 times greater (if one is standing next to the meter) than the Building Biology standard threshold for “extreme concern.”

As stated by Dr. De-Kun Li, a respected Kaiser Permanente scientist whom I interviewed, utilities and industry simply haven’t done any studies to show that “smart” meters are safe. Not one. In this complete void of responsibility or conscience, independent research is now starting to clearly show negative biological effects. One such example is demonstrated in our film – the effects of a single “smart” meter on live human blood – and the visual results are staggering, to say the least.

Additionally, by many reports there are now well over a thousand home fires linked to “smart” meters, and tens of thousands have experienced other appliance breakages in their home.  But it gets worse.  Utilities and public utilities commissions (such as California’s PUC) are actually encouraging the sale of…private data – everything you do in your own home – to 3rd-party corporate interests, for a profit.

What’s at stake is nothing less than our basic rights to life, health, choice and freedom itself.  When finally understood, this situation is a crisis, but it is also a truly momentous opportunity to claim power back into the hands of the people, by decentralizing energy production within the community, and vetoing the old dinosaurs of leechlike extraction.  The insanity of these systems is becoming evident, no matter how well-trained the oligarchy’s PR department.

What helps to make sense of this whole thing, is coming to the understanding that governments have become corporate puppets and have been systematically suppressing any tangible solution for decades. The Federation of American Scientists acknowledges that more than 5,000 technology patent applications have been “secretized.” And the US Patent Office actually has a publicly-visible internal law for the suppression of inventions. With 6 of the 7 world’s richest companies in the oil/gas/energy industry, should it be surprising that corporate governments have (in Spain) actually passed laws to prohibit the “illegal use of sunlight for energy generation,” setting a fine of $30M Euros for violating homeowners?

The fact is, in order for human civilization to make it through this time of terrible corruption – and to realize a world of decentralized power and restoration of rights to health, privacy and life itself – we are now required to transition to higher awareness of our situation.  We are being asked to confront our existential fear of authority; to go through the proverbial eye of the needle. This requires a realization of the tremendous magnitude of fraud that has been perpetrated by the corporate-government power centers – and then a willingness to take a stand and move our innate Creative force through this awareness.