Just watch the first 10-15 minutes of the following interview between New Energy Declaration Founding Signatory, Sacha Stone and Kevin Galalea, if you have any doubt whether or not there’s really a covert “depopulation agenda” that’s been in operation. It’s sad, but it’s worth knowing about and, most definitely, it ties into the troubling Monsanto GMO foods agenda and its government tie-ins here and abroad.

Kevin has taken up protesting these clandestine methods which involve huge public funds being used – without public knowledge or consent – for programs that create infertility, reduce soil productivity, foreshorten lifespans and create a wide range of (intended and unintended) negative health effects. The French government is right now suing Monsanto over linkage between their GMO crops and cancer, for example.  The clandestine “population reduction” programs Kevin describes have been in operation and gathering momentum for two full generations.

These plans trace especially to John D. Rockefeller who heavily funded the “eugenics movement” in Britain and the US in the pre-WWII era via tens of millions he’d deposited into the Rockefeller Foundation. During WWII Standard Oil created a series of joint ventures with our world’s original Big Pharma bad boy, IG Farben, which was involved in the atrocities of the Nazi death camps (including producing the infamous poison gas compounds).  In fact, most of the big American and European big pharmaceutical firms trace their origins to IG Farben and the German WWII era pharmaceutical industry. In 1952, John Rockefeller Jr. founded “The Population Council,” which still exists, though the original Eugenics Council funded by John Rockefeller Sr. has been renamed “The Society for the Study of Social Biology.” 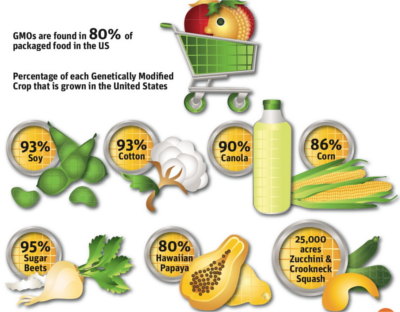 If you’ve wondered how and why Monsanto has received such enormous funding and how and why they’ve received such unbelievable protection from lawsuits and justice despite the huge damages to human biology and Nature caused by their maniacal international GMO campaigns – “reduced fertility” is actually one of the less-troubling side effects – wonder no more.

Question: What might create a world of Shared Abundance and a happy and healthy humanity, without needing to coerce lower populations, herd people into overcrowded slum cities, and have their health and fate negatively controlled by those meeting annually in smokey backrooms, creating the misguided agendas described by Kevin Galalae?

Answer: a) Get out the unlawfully suppressed breakthrough energy and transportation technologies humanity needs; b) Create a grand new Global Commons Action Plan with New Energy, New Health and New Earth planks to create a new era of planetary shared abundance and well-being. In the US, Europe and Japan – past two generations – we’ve proven beyond doubt that higher quality-of-life and higher educational levels lower birth rates.

The assumptions being made by these Bilderberger and C300 (Committee of 300) elite about Earth having a carrying capacity for food and resources of only a few billion are based upon completely false assumptions. However, because their clandestine “population reduction” methods are both sociopathic and criminal, they’re never disclosed. Never being disclosed, they can never be openly discussed, in the way free societies are meant to function. This is an identical situation to the ongoing clandestine lock-down of the breakthrough energy technologies by the USG (US federal government).

The C300 population model assumes the Breakthrough Energy technologies won’t be released because … this is a group that coordinates their suppression (along with the 1951 Invention Secrecy Act committee). Thus, the largest source of planetary pollution by sector – Energy, related to fossil fuels production and consumption and nuclear fission – will not be allowed to transition to the completely clean and environmentally benign Breakthrough Energy options. Also, we keep in place major related resource competition dynamics that could transition (“oil wars,” anyone?).

Next, what does abject poverty do to people besides increase birth rates and desperation? Correct. It ruins the environment, a link well-proven in the literature.

So, all this misdirection and damage could be reversed and “Shared Abundance” and well-being created in its place. But, as Step 1 – just as with the topics Kevin describes – we need to bring these issues to light for public discussion. If you’ve not yet signed the New Energy Declaration, please do so. And, consider watching the first 15 minutes of the following clip.