I recommend watching a superb presentation by Catherine Austin Fitts about the huge US and international “black budget economy,” which was given at a conference last year on “secret space program” topics.  Her presentation was titled The Black Budget: What Does it Mean to the US Federal Budget, the Economy and You?

Catherine was a high official in HUD – the Dept. of Housing and Urban Development – in the administration of George Bush Sr.  She witnessed hundreds of millions of dollars being siphoned out of HUD budgets but everyone she went to refused to shed light on the issues.  Finally, she confronted someone on a Senate committee with key financial oversight responsibility and was told by their Chief of Staff, confidentially, “HUD is being run as a criminal enterprise.”

Okay…  But, by who?  The trail led to the Fed, the Treasury Dept. and the CIA.  From there, to the Mob … no, not exactly what we’re trained to believe goes on in our government.  But, then again, as so many sources document, on a wide range of topics, the “official version” of reality and reality are … two very different things. 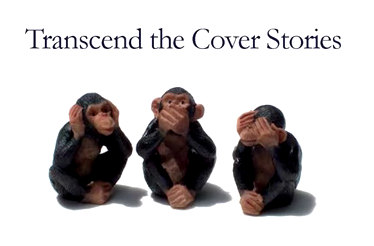 Catherine runs the Solari.com project and is an amazing powerhouse of information, research and leadership.  In one of the slides in the presentation just mentioned, Catherine points out that the black budget problems – at the core of our US “Military-Industrial” sector, its secrecy, bloated expenditures and deviance from founding principles – do not amount to “corruption,” per se.  They amount to institutionalized fraud and democratic subversion of an epic scale, underway since the 1950s, when the “intelligence agencies” were combined with the highest levels of the financial sector, and given carte blanche to circumvent law for a wide range of activities.

Yes.  Either you have an open and accountable government or a “Secret Government.”  The two are basically incompatible.  In the post WWII era, we gave the Secret Government elements such power that they have now completely overtaken “honest, accountable and open” government, of the type we initially had in mind founding this nation.

Catherine talks about the Wall St. bailouts and other major federal fraud as involving a “Leveraged buyout of the planet.”  This is all stuff Dwight Eisenhower warned about in his farewell speech to the nation, and it ties into New Energy Declaration topics very directly.

You might tune in to her presentation around 15 min, when she really gets going.  Definitely worth watching.