This weekend, I listened to an interview by Catherine Austin Fitts of my friend, “New Energy colleague” and New Energy Declaration Founding Signatory, Joel Garbon.

Catherine is an amazing individual who, confronted with high-level government corruption during her term as a senior HUD executive in the Bush 1 administration, took the road-less-travelled, becoming a courageous whistle-blower and activist.  She’s been an inspiring crusader for a better world ever since, esp. via her Solari project.  Catherine has spoken at Breakthrough Energy Movement and Secret Space Program conferences about the vast scope of the secretized US federal “Black Budget.”  I especially recommend this presentation she gave on those topics.

Joel serves as President of New Energy Movement, a project founded a decade ago by our mutual friend, the late Dr. Brian O’Leary, and several others.  I served as NEM’s Southern California Coordinator for several years and, independent of that, maintained a large collection of online information regarding the clandestine “official suppression” of needed energy and transportation technologies (archived website here).

Joel is an articulate presenter who’s served as an important ambassador for the “Breakthrough Energy” cause for many years.  Click the graphic to the right to read a summary of his recent interview and/or listen.

Here, I’d like to provide my own replies to several important points Catherine raised.  She said “Mr. Global” – the kind of “Illuminati planner” that exists in certain rarified “elite financial and political circles,” some of whom are responsible for some very harmful agendas – objects to liberating the clandestinely-suppressed energy and transportation technologies for the following reasons.  Beside each point, I provide my own response.

“Mr. Global will say there are too many dangerous weapons applications”

The most advanced technologies in our world – including those with “dangerous weapons applications” – have long been mainly in the hands of “the bad guys” of our world, responsible for many of our world’s problems.  The public is not even aware of many related details and disinformation (“conspiracy theory”) smokescreens are put up whenever anyone gets close.  One example is the Nikola Tesla based HAARP technology, which has been used to create artificial drought and other harmful weather conditions around the globe for years; technology which, in the right hands, could have helped create a world of shared abundance and peace. The Snowden NSA revelations, revelations about the extent of “deep underground military bases” and secret space programs, the true sociopathic nature of the Big Pharma and Monsanto agendas … there are many examples of “abused, secretized high technology.”  This is why we wanted an open and accountable government guided by the “Will of the People” versus the very sick and corrupt “National Security State” we’ve ended up with. 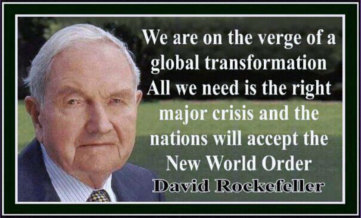 Reality: Mr. Global is actually not concerned about the “weapons potential” of releasing the suppressed “Water Car” energy-transportation technology nor most of the rest of the suppressed technology.  After all, some of Mr. Global’s best friends are major weapons traffickers (incl. to “terrorist” and “drug lord” networks).  The suppressed E&T portfolio is really all about “maintaining status quo arrangements.”  Yup, maintaining plutocratic top-down control of societies and lopsided privileges.  Much moreso than the long-running criminalization of marijuana and the bogus supposed “War on Drugs”, blanket suppression of Breakthrough Energy has gravely hurt the decent overwhelming majority of our world and Mother Nature, while enriching and benefiting small criminal and elite plutocratic elements (research the concentration of wealth Big Energy has created since WWII).  It has also made it more difficult to contain those few technologies with legitimate incremental net risks.

The more common objection of this sort Mr. Global resorts to, actually, is … “But, it’ll crash the economy!”  More bogus smoke and mirrors, and you don’t need my masters degree in “International Relations” and economics to know it.  This excuse is blown away by other articles and videos linked from this website.  Reality: Liberating best-of-breed suppressed E&Ts will vastly expand the global economy from the get-go, accelerating from that point forward, soon creating … “shared abundance.”  Prison Planet die-hards don’t like that scenario and will come up with endless excuses to prevent it. 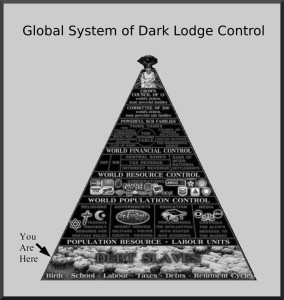 “Mr. Global will say developing nations must be prevented from achieving parity”

I agree with Joel’s responses, “Fear, fear and fear,” and, “Empires don’t last.”

We can live lives of plenty while others do, too, around the world; if we pull our behavior into alignment with our professed high values and end the unethical suppression of so many good things in our world.  As part of this, people who are meant to “apprehend dangerous criminals” need to get busy at some very high levels in our world.  People who have taken an oath to “Protect and defend the Constitution of the United States against all enemies, foreign and domestic” – and have been on the payroll for a decade or two supposedly doing that – need to realize this oath was meant seriously and was not just a test of their ability to repeat English-language sentences.  We need to believe in a world that is just and meritocratic then behave accordingly.  The majority of people who profess high religious, spiritual and moral values must become much better at translating that into daily action where they work and live, even if involving “inconvenient truth.”

Average people around the world, given plenty, tend to be friendly, generous and cooperative.  Desperate people, on the other hand, are dangerous.  Mr. Global knows this and this supposed “2nd reason” to block human progress is, once again, just pretending sincerity.  We need to bring about a world of “Shared Prosperity” right now.  Liberating the suppressed E&Ts is at the top of that list.

“Mr. Global will say there are already too many people, ‘Free energy’ will make it worse”

Two of the great common fallacies of our world, even among advanced thinkers, involve the “Global Warming” and “over-population” themes.  Convincing evidence indicates that “climate change” is caused by extraordinary cosmic and solar energies, affecting all planets in our solar system.  The majority of climate scientists align with “Climate-Gate,” rejecting paid-for falsified science that supposedly “proves global warming” – a) The vast majority of “greenhouse gases” are water vapor; b) CO2 does not cause appreciable warming; c) no one seems authorized to talk about all the clean revolutionary E&T technologies the high-up networks suppress, which burn nothing and involve no purchased or mined fuel; d) global weather patterns are trending toward more moderate or colder conditions. 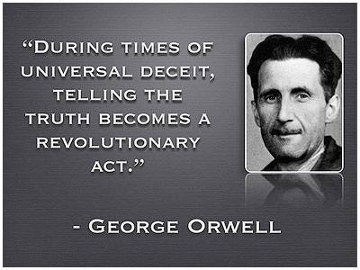 So, what’s the real purpose of the deceptive, massively-funded “global warming” campaign?  It’s to justify establishing permanent “Global IRS” tax-and-oversight institutions (around “carbon taxes”), simultaneously justifying the creation of a permanent, centralized Big Brother world government oversight structure.  And, you thought NSA spying was building up just to serve an “American elite.”  Here are two recent articles (1, 2) about the upcoming UN Summit in New York, at which the Pope and others plan to make speeches on these topics.  Ask yourself, once you get done listening, “Why didn’t he mention the long history of suppressed non-polluting breakthrough Energy & Transportation technologies referenced by Breakthrough Energy Movement, New Energy Declaration and others – suppressed by groups he works closely with?”

That’s your million-dollar question for the week – others might be mentioned – that negates all the carefully-laid arguments in favor of even greater centralized power and privilege, at the very time our world cries out for the very opposite.  And, while the “campaign promises” at this summit will sound “compassionate” if not warm-and-fuzzy, we in the US know what campaign promises from on high are worth, don’t we?

Re: the “over-population” argument that will also be featured in the upcoming UN summit – much cited by Mr. Global types – reality is that 7 billion can fit comfortably into a space the size of Texas and live better lifestyles there, with greater respect for Nature and each other, than currently applies to the great majority of human beings; 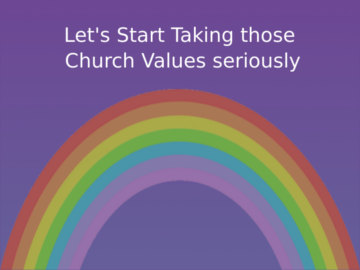 When there is shared abundance, when war is outlawed and the climate is one of peace, happiness, health and well-being – when the real criminals are in prison and decent people are free to do as they like as long as they don’t harm others – you will no longer have over-population nor environmental and resource competition problems.  People will gladly cooperate.  Everyone will want to maintain their high standards of living, self-respect and freedom.

This is the world Mr. Global secretly fears, and that’s why the increasingly cornered “Illuminati” elements of our world are now putting forward their warmest-fuzziest latest versions of long-held NWO plans.  Be the fish that swims away from that shiny hook and tempting bait.  Hold out for the Truly Better World we all deserve.

Be the change you want to see.