The Vector Equilibrium is the zero starting point for all happenings or non-happenings. It is the empty theater and empty circus and empty Universe, ready to accommodate any act and any audience” – Buckminster Fuller

At the end of Albert Einstein’s life, he was dedicated to developing a Grand Unified Theory (GUT) to unite unreconciled aspects of the Quantum Mechanics and General Relativity space-time models. The forces of gravitation and of electromagnetism were never theoretically unified by Einstein’s work, and this lack of comprehensive understanding and integration has persisted until today. 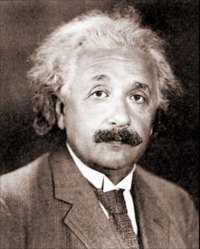 Mainstream academic physics (MAP) attempts to pretend not to notice the Elephant in the Living Room in the form of the Instantaneous, Miraculous and Unexplained Appearance of all Energy and Matter in Cosmos  – ie: the Big Bang – yet insists that all Energy subsequently be “conserved,” according to what are sometimes very artificially restricted conditions which, for example, ignore mounting evidence of the multi-dimensional “open systems” nature of our world.

Unresolved problems connected to Einstein’s acceptance of Black Holes at the large-scale cosmic level include the fact that there has no explanation regarding the fate of Energy and Matter once absorbed by any theoretical Black Hole.

Yet, the preceding is just a warmup for the Serious Denial Problems mainstream physics has suffered from, all the many years since Einstein’s theories were accepted.

MAP has tried to explain away the undeniable Perpetual Motion characteristics of all stars, planets and atoms by different proposals, all of which have fallen flat on their face.

Stars and planets are said to remain in Perpetual Motion due to energy imparted by the miraculous unexplained Divine Event known as the Big Bang, coupled with “lack of friction” in Cosmos ever since. This theory is patently false and has been proven so by the world of astrophysics, yet nothing has so far been proposed to replace it. 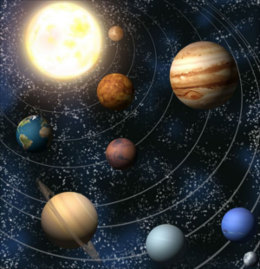 The fact that all electrons in all atoms remain in constant motion was theorized to be the result of absorbing heat energy from the environment. This theory was completely disproven when it became possible to lower substances to “absolute zero” then observe them under scanning electron microscopes. This demonstrated that electrons remain in Perpetual Motion, though no heat energy or other obvious energy source is present.

The response of mainstream academic physics to the aforementioned huge omissions to their discipline’s underpinnings has been one akin to backing the Vatican into the corner. Academic physics simply has threatened to burn at the stake (“there went your tenure and grant prospects“) any who insist on talking about phenomena all around us proving that  Perpetual Motion and Revolutionary Free Energy are FUNDAMENTAL IN NATURE and ubiquitous…and unexplained by any of their theories.

Want to continue talking about that? If so, better not be lined up for a National Science Foundation grant. Better get an insurance policy on your new grant to study “global warming” or “hot fusion.”

Einstein’s equations predicted the “infinite curvature of space-time” also known as Black Holes. This was a radical concept in his day and few believed these exotic objects would ever be found. Today, nonetheless, it’s accepted by mainstream academic physics that Black Holes exist at least at the center of every Galaxy.

By current mainstream theory, Black Holes are explained as “collapsed stars” that create gravitational wells in the space-time fabric, having “infinite curvature.” Such is theorized to produce a “zero volume with infinite density” phenomenon known as “singularity.” In a singularity, all normal laws of physics are go out the window. As with the Perpetual Motion Elephant in the Living Room, MAP calmly explains that the laws of physics going out the window in this case is no biggies, since “space-time no longer exists.” 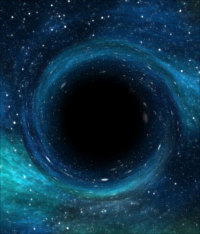 Einstein was famous for saying, “God does not play dice,” an expression of his dismay at being unable to reconcile the strange theories accepted by academic physics regarding quantum mechanics, including the Heisenberg uncertainty principle. Also, the basis for nuclear “strong” and “weak” forces lack any theoretical origin.

Nassim Haramein has taken the next major step by being the first person to create a comprehensive GUT since Einstein’s passing. In Nassim’s still relatively unknown work, Black Holes are recognized as intrinsic to the structure of the universe. They are no longer understood as being “collapsed stars” but, rather, as “energy and information sinks” existing at the heart of all matter. According to Nassim’s theories, “at the heart of all matter,” literally means that every atom has a “Black Hole” at its center!

These new theories fundamentally address the Fractal and Holographic nature of our Universe. Nassim commonly uses the term “Vector Equilibrium,” a term originally coined by Buckminster Fuller. The new theories rely on the topology of the Torus, a geometric form which many advanced sources of insight say is a fundamental geometry in Nature.

In Nassim’s new theories, the Black Hole conundrums are solved while the large-scale gravitational and small-scale Quantum Mechanics world are also reconciled, the forces of electromagnetism and gravitation now explained within the same framework.

The geometry of both Black Holes and Big Bangs – note the plural – are explained via the dynamics of the double Torus. As Energy – Nassim often uses the word “Information” as a shorthand for that which underlies both Energy and Matter, mystics will recognize that what’s being referred to is also known as Consciousness – funnels toward the center of the Torus geometry, it spirals faster and faster, like flushing water down a toilet. That centrifugal force ultimately results in reversal of the Implosion dynamic, creating a Big Bang at an “event horizon” tipping point.

Gravitational forces are produced by the Black Hole dynamics. Electromagnetism is created by Big Bang dynamics. Both are part of the same “living fractal geometry.” 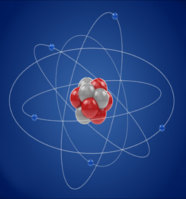 Nassim’s revolutionary new model – which, gradually, will be recognized as the elegant Grand Unified Theory the world of science has heretofore been without – explains all physical objects, from atoms to stars and galaxies, as instances of the ubiquitous Torus structure. It might be said that each Torus is “A White Whole with a Black Hole at its center,” which exists somewhat like the still eye at the center of a hurricane. At this Implosion-based center point, all (gravitational and electromagnetic) force is in balance, creating the appearance of “vacuum” conditions, while centering the surrounding system on an axis of rotation.

Singularities are “non-local” and “Infinite,” thus no Black Hole can be defined as existing at a specific Space-Time coordinate. Mainstream physics – having acknowledge Black Holes as singularities – is thus pushed into yet another uncomfortable frontier by the fact that Black Holes thus are “infinite and EVERYWHERE.” Mystics, however, will rejoice, as this means that although any given Black Hole systems – whether atoms, planets, cells, stars – may appear to be separated by light years, “behind their Event Horizons,” they are actually One. 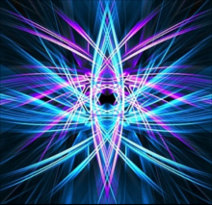 Nassim’s theories demonstrate how what MAP has referred to as the Quantum Vacuum – the mysterious world of Dark Matter, recognized to constitute more than 99.99% of space – can have “Infinite Energy” while being fundamental to the fractal geometry that creates differentiated form. This relates to what the Vector Equilibrium, which is now seen to fulfill Buckminster Fuller’s mystical statements. The new theories describe a fractal geometry based upon a 64-tetrahedral vector matrix, creating a recursive Vector Equilibrium in harmonically repeating intervals. Whether at the infinitely large or microscopic scale, the underlying Matrix remains in equilibrium.

Our world, as described by these new Architecture of Nature revelations, can be seen as involving a “Continuously returning fractal geometry creating ‘Infinite Energy’ while organizing Energy and Matter into harmonic rotating Torus systems, which appear as galaxies, stars, planets, atoms, etc.”